Things to do in Ireland: Visit an Irish Pub

It was one of the most arduous days of the lung-burning and nerve-fraying Everest Base Camp Trek. Despite wearing heavy layers a frosty, thin and crisp air was pricking me all over the body. The urge to turn back was Everest-high but something caught my attention. ‘The World’s Highest Irish Pub’ signboard at the entrance of Namche Bazaar stared right into my eyes. Dusting my fatigue off, I rose from the ground like some undead, iron-legged avenger. Reaching the Irish Pub at the dizzy height of 3,440m was the hardest I have ever worked for a pint of beer. But then Irish Pubs are no ordinary pubs and finding one at such a remote place was no coincidence. Some countries send you a signal to tell you that it’s time to visit them. Three months later, I was in the birthplace of Pub Culture – Ireland. I was intrigued to know what makes an Irish Pub so great that over 80% of the tourists visit Ireland in search of Irish “Craic”. There must be something special about them that there are over 7000 Irish Pubs in over 53 countries from Mongolia to Iraq, Australia to Canada, Bolivia to Russia.

When it comes to a great pub, Ireland wrote the book. The pub has been at the centre of Irish life since the 10th century. Nowhere in the world pubs have played so many roles: funeral home, restaurant, grocery shop, music venue, job centre and meeting place for everyone from poets to revolutionaries. Often basic and unpretentious, it is a neutral ground, a level playing field – a home away from home. The story of the Irish pub is the story of Ireland itself. Trad session is an important part of Irish Pub Culture

With a basic question in my mind “What makes an Irish Pub so great?”, I visit pubs of all shapes, sizes, and styles. A quest that takes me from North to South, East to West, from bustling bars in Dublin to quiet hole-in-the-wall taverns in coastal fishing villages and from traditional Irish living room bars to Victorian salons.

A place to enjoy Irish “Craic”

My pursuit begins from Killarney, a charming town in the South of Ireland set amidst the sublime scenery of emerald lakes, cascading waterfalls and lush woodland beneath a skyline of 1000m-plus peaks. As the evening unfolds, I venture out to enjoy some “Craic” (the Irish word for fun) at the Murphy’s Bar, a centrally located family run traditional Bar since 1955. Things to do in Ireland: Visit the Murpheys Bar, Ireland

I take a moment to appreciate the lively and homely character of Killarney’s beloved Public House (that’s where the word “Pub” comes from) matched only by its coveted reputation for good food and traditional music. Its stone built walls, wooden beams and local historic decor create a conventional-meet-contemporary atmosphere which attracts locals and visitors alike. Its extensive menu is a dream come true for foodies – you can choose from the traditional dishes like Beef and Guinness Casserole, Irish Stew to fresh seafood like Kerry Mussels. The must haves are the homemade desserts and fine Irish cheese varieties. I walk in as a solo traveler but end up making a lot of friends. Things to do in Ireland: Visit the Johnie Fox’s bar, the highest Irish Bar in Ireland

There are no strangers here, only friends you haven’t met yet

This famous quote by Irish poet William Butler Yeats must have referred to an Irish pub. With the evolution of time, the Irish pub has evolved into a global institution that’s synonymous with hospitality, camaraderie and, most of all, community. As I sip my Guinness, Tom Kennedy, who runs Experience Ireland Golf & Travel company, joins me and explains what makes an Irish Pub so great,

One word really, the “craic”! It’s tough to quantify this, is it the people that frequent the pub or the atmosphere or the quality of the pint you are served? Is it live music, or the welcome you receive from the locals and the staff or that random stranger who will chat to you for hours at the bar about even more random topics? It’s all of this really, plus a roaring turf fire as well!

After enjoying an evening of the delish food, interesting conversations and live Irish music over few pints of Guinness, I call it a night. Next day begins with a visit to one of the prime destinations on Ireland’s Wild Atlantic Way – the Dingle Peninsula. A sleepy town brought to limelight by its legendary resident – ‘Fungi’ – the dolphin who made the town his home over a quarter of a century ago. Dingle tugs my heart with its splendid seacoast vistas, pristine beaches, rugged mountain passes, deep green valleys, colorful little towns, lively fishing ports, and of course great Irish Pubs. Pubs that made Dingle a center of literary and creative culture. Music plays long into the night, and festivals are held throughout the year. Things to do in Ireland: Visit the Murphys at Dingle, Ireland

As I relish the stunning views of Dingle Harbour from the cozy setting of Boatyard restaurant and Bar, Peter McMohan, an executive with Failte Ireland, adds to my topic of interest,

Irish pubs are known for a great character – and nightly sessions of traditional music and lots of “craic”. Even if it is pouring rain, Ireland will warm your heart with its convivial pub houses. Here new acquaintances are made, old friendships are rekindled and family lore is passed on to new generations. Things to do in Ireland: Visit the Boatyard Restaurant and Bar, Dingle

On our way back to Killarney, we take a small break at the Dingle Whiskey Distillery, an artisan distillery that rekindled the tradition of independent distilling in Ireland. Two hundred years ago, this small island had over a hundred officially recognised distilleries; by twenty-first century there were just two. Dingle distillery was established to revive a dying tradition. Now, isn’t that a testament to an Irish Character? Things to do in Ireland: Take a Tour of Dingle Distillery, Ireland Things to do in Ireland: Go for Whiskey Tasting at Dingle Distillery, Ireland Things to do in Ireland: Visit the Dingle Distillery, Ireland

More than a Place to have alcohol

Irish pubs go beyond alcohol as they are the melting pots of social encounters, in which all social ranks come together. At the time of the Irish Revolution, bars became the springboard of social movements giving everyone a voice. Pubs in the Emerald Isle carry distinctively Irish flavor that is not limited to alcohol, age, gender, status or any other bias. A fact further expounded by Sarah Dee, the Global Digital PR & Content Marketing Head, Ireland Tourism. She beautifully narrates,

The Irish pub is never just a place to grab a pint. It’s the heart of the community, where family and friends come together (children are allowed until 9 pm, as most places serve food, too). It’s where local stories flourish and grow, where legends come to life, and where the craic flows freely. Interested in Titanic? How about meeting a ghost? Whatever you’re in to, in Ireland, there’s a pub for that. Pubs in Ireland are not limited to “craic” alone but are a talent breeding ground too. Interwoven into the country’s cultural, intellectual and social fabric, they are what Vienna’s coffee-houses are to its golden age, or the classic cafes of Paris are to its great period. Many great writers like James Joyce, Samuel Beckett, Oscar Wilde and Brendan Behan got their inspiration in Literary Bars. When I ask Sarah for a recommendation, she says

A must-visit is Grogan’s of Dublin where from regulars nursing their favourite stout, to the city’s most talented young writers and artists – you’ll meet more than a character or two. With no TV or stereo (and no plans to install one, either), the air buzzes with chat and laughter. Grab one of their legendary toasties, made with succulent ham and gooey melted cheese, and watch the world rush by!

And, it’s not just literature that has gained from the Pub Culture. The Traditional Irish Music and Dance has penetrated the most impermeable walls of the world. Musicians and dancers have found unwavering support in these unusual institutions of creativity. Musicians of all kinds come together for sessions where anyone can join in at any time. Things to do in Ireland: Attend the Temple Bar Trad Fest

When my effervescent guide, Barbara, takes me to the Merry Ploughboy Bar in Dublin for a “Trad session” (musical evening) combined with a ceilidh (traditional Gaelic dancing), I have no clue what I am in for. Later I discover the Merry Ploughboy Bar is the only pub in Ireland owned and managed by Traditional Irish Musicians. For more than five hours I swing and sing to the tunes of the award-winning traditional Irish Dance and Music show while enjoying my three-course meal scrumptious dinner. Things to do in Ireland: Watch the Traditional Irish Dance Show at Merry Ploughboy, Ireland So, what makes an Irish Pub so great?

Pubs are the heart of the Irish social scene, and whether you’re a teetotaller or a beer-guzzler, they should be a part of your travel here. Even Barrack Obama, the ex-President of the United States, couldn’t say no to sláinte! Ex. US President Barak Obama enjoying his pint of Guinness Oliie Hay’s Bar where Barack Obama had a Guinness, Ireland

So, when are you going to experience the great Pub Culture in Ireland?

10 must visit Irish Pubs in Ireland: Guinness is a must when visiting an Irish Pub, Ireland

Interested to know more about Ireland, don’t forget to read

Things to know before you visit Ireland

Have you been to this beautiful island nation? What things did you do in Ireland? I would love to know your thoughts.

A section of this story has been published in several publications like: 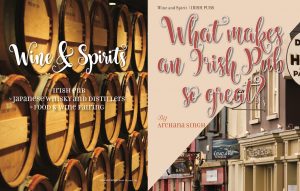 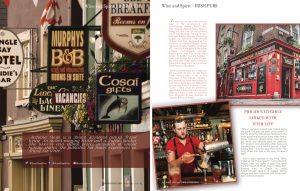 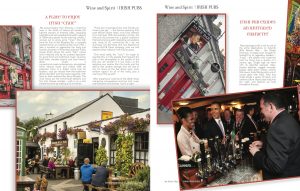 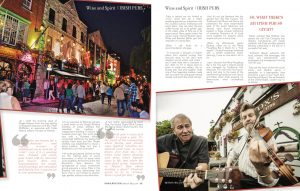 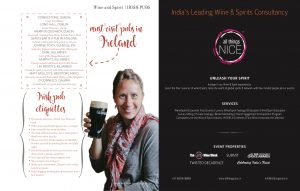 I was in Ireland to attend TBEX Europe 2017 where I was a featured Speaker. I was hosted by Tourism Ireland. Everything expressed above is based on my personal experience and conversations I had in the country. Images used are either shot by me or provided by Ireland Tourism with due permissions.

As 2018 approaches us, it’s time to look back and reflect on the highs and lows of the year. Although every year is dubbed…